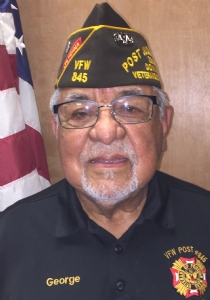 I retired from the Air Force with 22 yrs 8 mos as a Legal Superintendent with my first four years in Air Force as a Computer Operator/Specialist.  Retired in 1982 and went to work with Mutual of Omaha as a Regional Marketing Director for nine years.  Then because of my Legal background and bi-lingual ability (I speak several languages), I was hired as a Federal Investigator for Immigration and Naturalization Service (INS now known as ICE) and the U. S. Department of Labor (DOL), retiring completely in 2008 when I was widowed.  Moved to PA from Omaha NE in 2016 because by son and daughter and four grand children (all adults now) live in Downingtown.