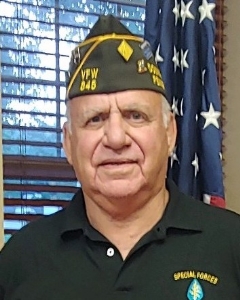 From Connecticut, I enlisted in the U.S. Army and earned the Green Beret in late 1967. I served with the 5th Special Forces Group (ABN) in Vietnam from 1968 to 1969 where I was a medic and cross trained in Engineering. I served at two A-camps in II Corps along the Cambodian border.

Upon completion of my three year enlistment I enrolled at U Conn (University of Connecticut) where I graduated with a BA in Biochemistry and medical technology. I then worked for a company that sold analytical instrumentation and process control instrumentation before earning an MBA degree from Suffolk University in 1981. I ended my working career as a vice president/general manager of a $30 million company. I am divorced with two adult sons and am now fully retired.