At the July monthly meeting of Downingtown Veterans of Foreign Wars Post 845, recently elected officers repeated their oaths of office as administered by former Post Commander Thomas Ames. Post Commander Marty Peterson held an American flag with his left hand while others symbolically held the flag by placing their left hand on the right shoulder of the comrade next to them and forming a link that terminates with the Commander who holds the flag. 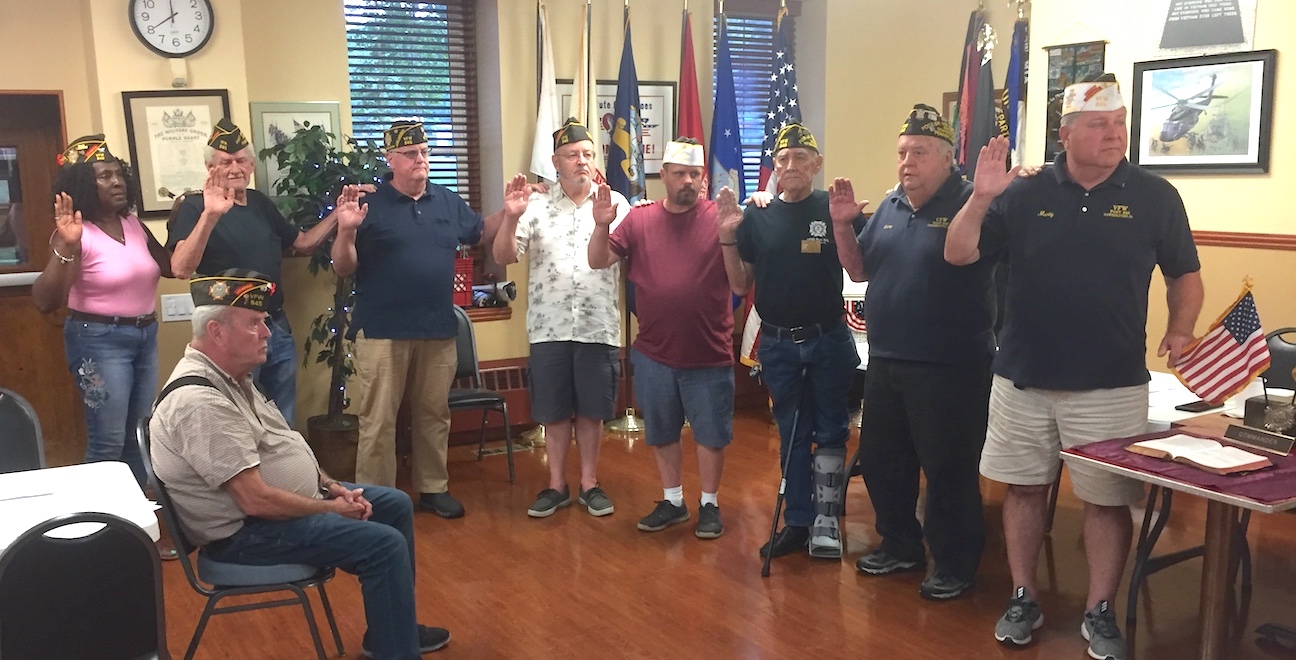